A terrific match and a display of pure skills by Rafael Nadal was the epitome of Grand Slam’s final. The brilliant and awe revealing performance by Rafael taught the component some of the essentials of how to play the match with complete dominant sets of 6-3, 6-3, and the treat last set 6-4.

Both the players are 31 years old but the experience and accomplishments played a vital role in defining the winner from the very start of this match. Most sports analysts agree that with the absence of top notch players like Andy Murray, Novak Djokovic, and Stanislas, Kevin Anderson worked his way up the easier opponents to reach the finals against the living legend, Rafael.

In the draws, Nadal was comfortable as if he knew what the results of the tournament were. The only hard opponent he had to face in the tournament was Leonardo Mayer in the third round. Nadal stated in an after-match press conference that skipping that match with a victory was a morale booster. The semi-final’s approach by Nadal was different as he lost the first set against Juan Martin del Potro but successfully won the next three sets which gave him the victory.

Throughout the finale, Nadal can be seen very defensive but unfearful when it came to moving around the block and attacking the opponent. Nadal dropped only four points on his serve in the first set and did not face a single break point in the match. 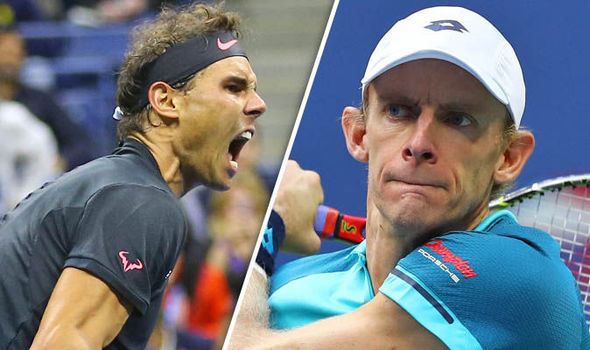 On paper, it might be one of the easiest wins in the history of Rafael as not a single player of the top 25 players list had been faced by Nadal in this tournament.

Nadal and Roger Federer have already given a year to their fans filled with excitement and shocking results. The tennis scene has been dominated by both these players for long now but the best part of this legacy is that both players not only rekindled the rivalry between each other but also kept the fire for other Major trophies.

The return of International players on Pakistan's soil