The couple has finally parted ways.

International boxer, Amir Khan, has been in the news for his family feuds and personal life problems that he and his life openly discussed on Twitter. The couple tied the knot in May 2013 and have a daughter named Lamaisah Khan.

Today, around 6 pm, Amir Khan tweeted about parting ways with his wife, Faryal but the tweets did not stop there. Amir Khan went on to accuse his former wife of cheating on him and having an affair with another boxer, Anthony Joshu. The tweets also revealed that Amir sacrificed his ties with his family because of his marriage which was not fully accepted by his family. The accusations turned into a fiery conversation when Faryal also responded to the tweets.

Faryal clarified that Amir and his family were on bad terms because they were robbing him and she had nothing to do with the family problems. Replying to extramarital affair allegations, Faryal stated that Amir should grow up and stop blaming other men for his problems. Amir called Faryal a “gold digger” which is morally inappropriate and not something to be posted on social media. 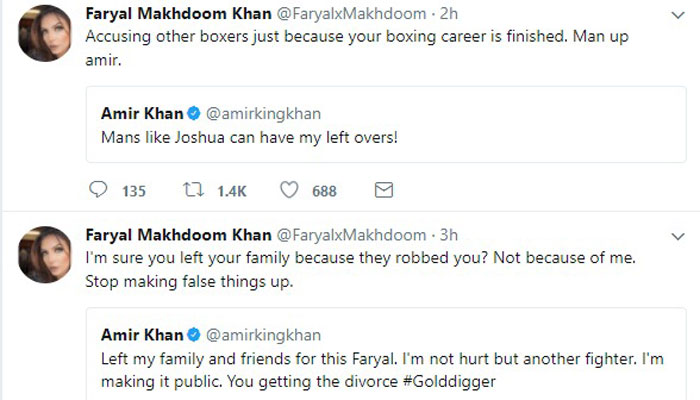 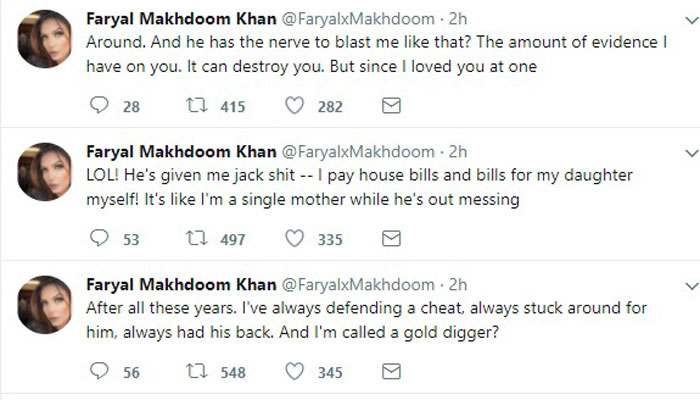 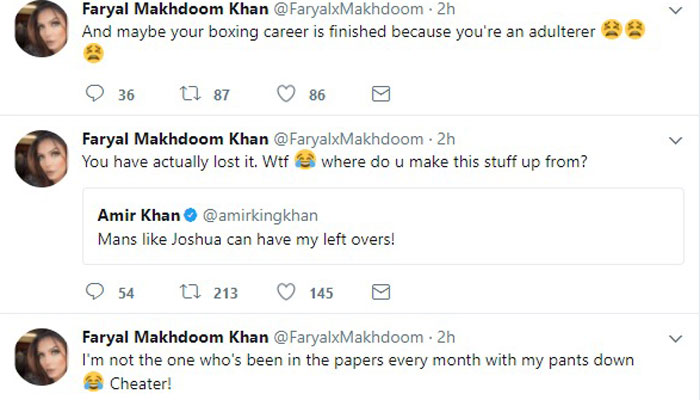 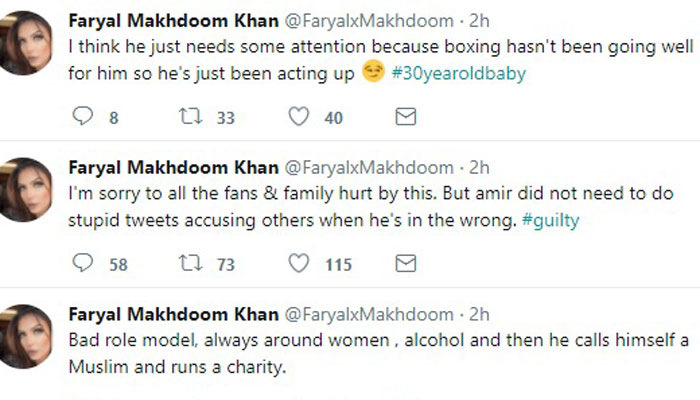 Faryal found the term “gold digger” very offensive and tweeted about all her sacrifices and compromises for saving the bond with Amir. She further stated that Amir wasn’t paying for the financial expenses of her wife or her daughter and that household expenses were borne by Faryal.

The tweet war is disgraceful for both the public figures. Let’s see what is the outcome of all this because neither Amir Khan nor Faryal are responding to the accusations as of now.

Golden Globes 2018: Winners, speeches and highlights of the show.